Barrio Trails, One of central Tucson’s hidden bicycle gems is located in the San Antonio neighborhood South Of Broadway and a few blocks East of Park. 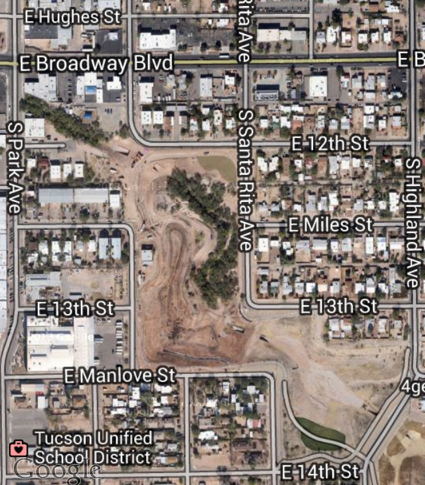 Originally the vision of Rocky Serna it existed as an unauthorized BMX park that sat on the Arroyo Chico. At the time it was built it was the only organized place for catching some huge air and to ride BMX in central Tucson.

A few years back the U.S. Army corps of Engineers were called in to do a flood control project in the area and this bike hang out was threatened to be demolished. However, due to an incredible turnout from the community Barrio Trails was saved. The original track that was constructed by volunteers was removed during construction, but permission was granted to put in a permanent BMX track.

The flood control work is now completed and work has started to carve out the berms, kickers, rollers and a half mile Mountain Bike Crit course around the entire park. As of august, 2013 it is coming along, but still has room for improvement. 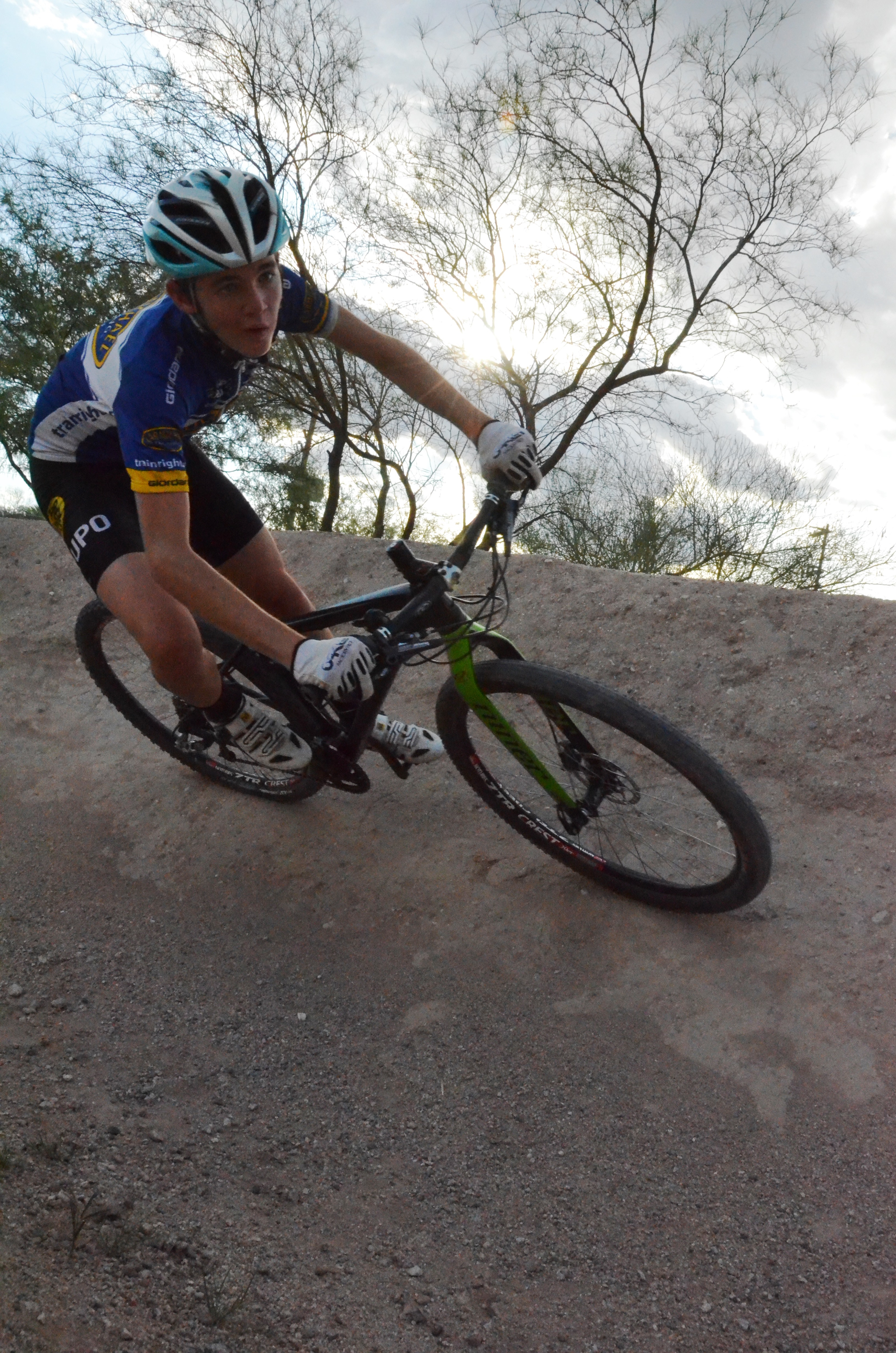 El Grupo Youth Cycling uses Barrio Trails for mountain bike practice. The existing BMX track is the start of the half mile loop. There are four berms that help hone in turning skills. Upon exiting the last turn the trail takes a sharp turn through 3 bollards onto a paved path that drops into the Arroyo Chico. The wash has a sandy bottom( and mud after the rain) that needs to be negotiated with speed in order to climb a steep bank on the other side. Just past the top of the bank is a 2 foot high wire rope fence. The idea is to clear the fence cycle cross style and jump back on the paved track. The Pavement carries you for nearly half the distance of the loop and is the place to make up ground and hammer as hard as you can. At the South-east corner of the park the course takes a hard right back onto the dirt, descends a little hill, crosses a flat straight away, another hill climb and another slightly winding flat that ends with a race to the finish.

Yesterday The El Grupo practice was to ride from the clubhouse to Barrio Trails and then to spend 15 minutes warming up, playing on the BMX track, doing a few laps, working on sections of the trail that may have given the riders trouble in the past. Afterwards the races were on. The race started with a mass start and was 3 laps. The A team went off first to give the B and C teams an opportunity to watch the race from sections that gave them trouble. I rode in the A team race. It was a solid performance, I did not win, but was not last and saw the winner cross the finish line. The B team race had the A team riders pacing the kids after the first lap. I was pleasantly surprised that Samuel came in second. His breakthrough week apparently has impacted his Mountain Biking as well as his road riding.

Throughout the fall El Grupo will be out practicing at Barrio Trails almost every Thursday afternoon at about 4:45-5:45 as they prepare for the High School Mountain Bike League inaugural season. At some point in the near future they will have access to tools and will start to groom the trails. Are you interested in seeing it first hand? Come out and ride or watch the fun.

On a side note.  You can thank me for the rain. It was almost guaranteed when I took my camera without any protection from the elements. 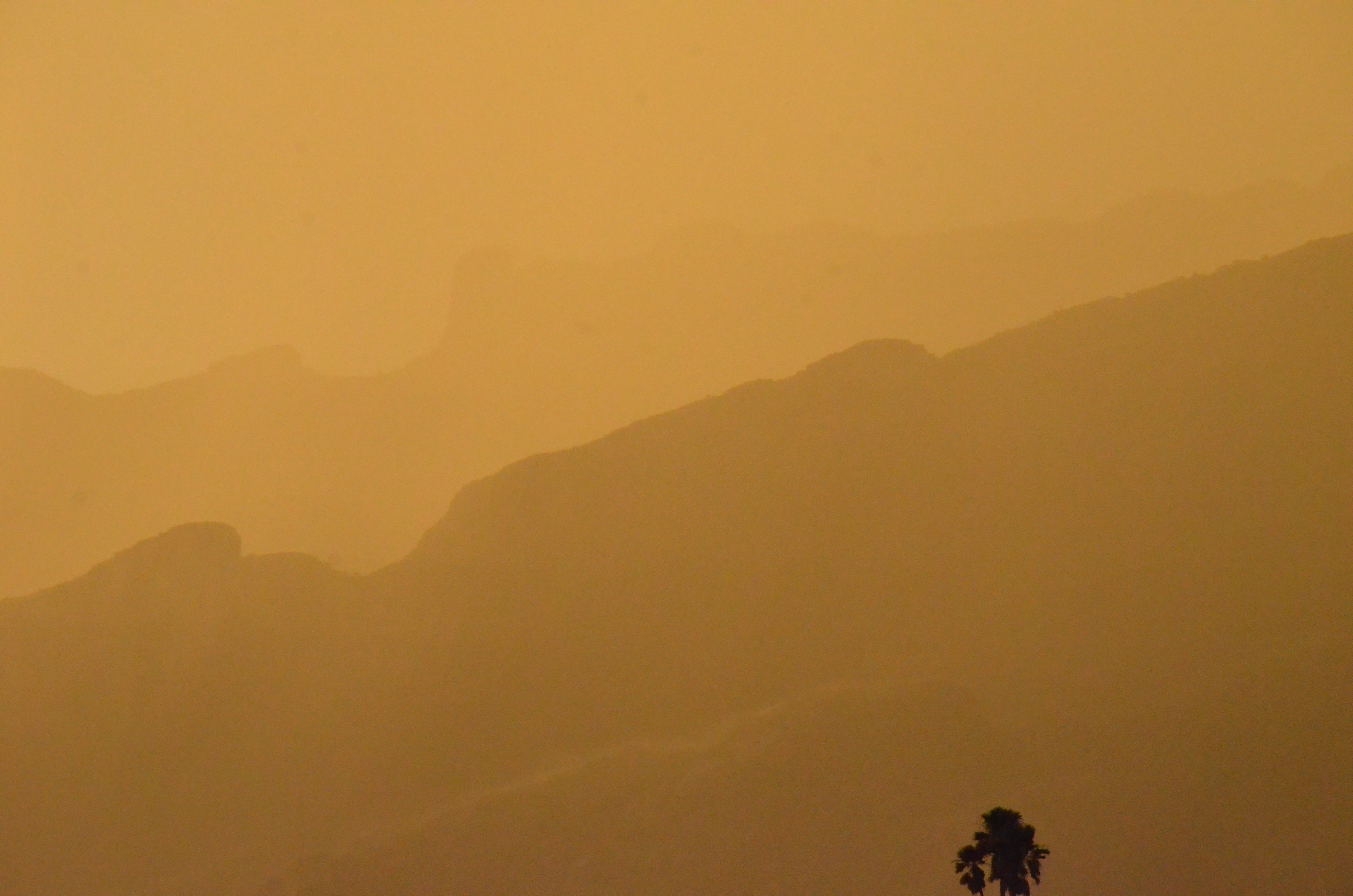