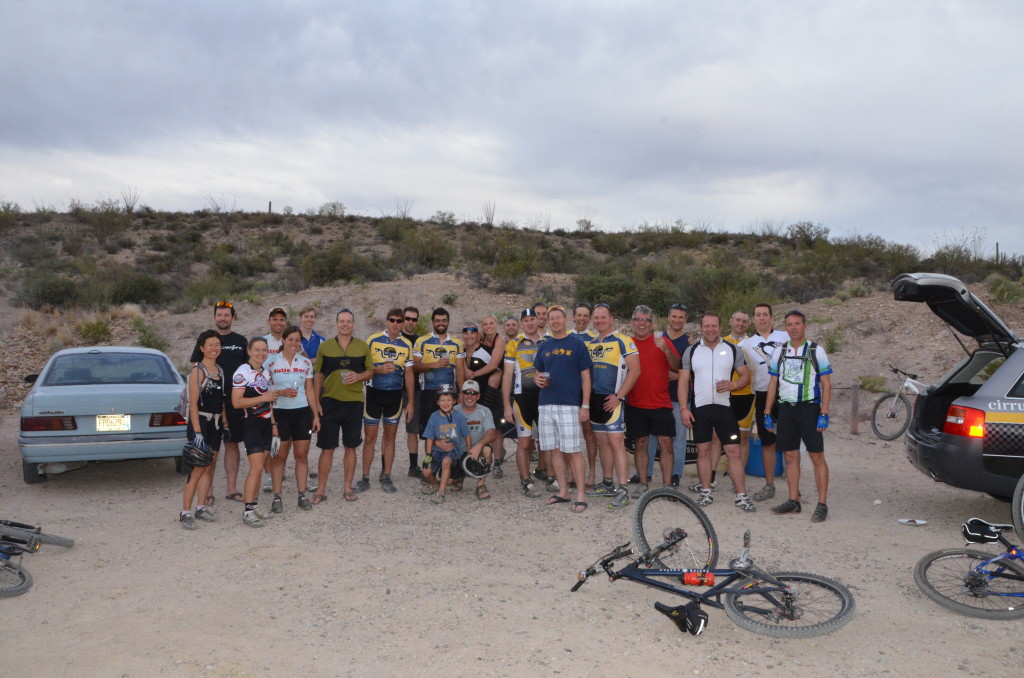 Click here for the last group crossing the finish line

I’d like to personally THANK everyone who participated in the Tucson Tour De Cure. My passion and support for this event is based on a firm belief that getting people on bikes is a cure for many people with Type 2 diabetes. It also shows that those with Type 1 can lead an active lifestyle and manage their diabetes.

My personal physician, Dr. Alex Perrian, with New Peublo Medicine, is a perfect example of someone who took control of his diabetes.  18 years ago when I went to my annual physical I had put on a few pounds from the previous year.  Dr. Perrian said it is not a big deal, enjoy life, and that it is normal for a man to ad a few pounds a year.  My wife said that at the rate I was going in 20 years I would be 220 pounds, 40-50 pounds overweight.  Whereas, I heard that and watched my weight, Dr. Perrian did put on a pound or two a year. He was just following the advice he had given me of enjoying life to it’s fullest.

A few years ago,  as a result of this lifestyle he found that his  blood glucose level classified him as being  diabetic.    In response to this finding he changed his diet and got on the bike.   He dropped weight, he found more energy, and his tests now show he is not diabetic. The advice he is now giving his patients is, be active.  His advice is working as  New Pueblo Medicine was one of the top fundraising team this year with over $7000 raised for The Tour De Cure with 11 team members!!!

Dr. Perrian is just one of the hundreds of great stories from this event.  Again, THANKS everyone for participating and next year I look forward to seeing even more of you out there.

All of the photos from the Tucson Heart and Stroke walk will be posted on this page.  You may need to refresh the page to see the new albums.  My goal is to get them all posted this week, but I still have the Tour De Mesa photos as well as a busy week at work.

These photos are a major time commitment and it is my pleasure to put it together. All I ask in return is that you remember I’m A REALTOR. If you have a relationship with another REALTOR, I love loyalty and respect those relationships. However, if not, or if you need a second opinion, Please keep The Damion Alexander Team in mind. Many agents spend money advertising for new business, others sit open houses or cold call. My business is based on referrals from past clients and friends. The less time I have to do traditional prospecting the more I can do for the community. For example: these photos.

This album has links to every album from the 2016 TBC.  If you are interested in using one of the images please let me know what the purpose is, and I’ll likely give it to you for free.  Just remember, when you are thinking of buying or selling a home, I’m here for you.

The people who make it all happen

ALL SMILES – Photos of happy people

All the happy, smiling people at the road Race and Time Trail

Smiling faces at the circuit race

Circuit Race – A little of all races